Anatomy of a Beer Snob 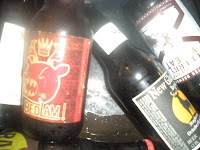 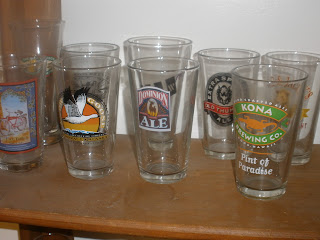 I wasn't born this way. In fact because I had better things to do growing up than getting drunk, I didn't taste my first beer until I was 18 years-old in Maryland. And that was the legal drinking age. I think it was a yummy Schlitz beer in a can at the quad at the University of Maryland.

But by the time I was a senior, I had left behind the big breweries of the United States. I had gone foreign. Heineken, Molson Ale and Carlsberg Elephant were my choices. I can recall the rush on the local liquor store. There were fellows pulling out cases of Elephant for $9.99. And that was an excellent brew with plenty of alcohol.

By the mid 80s, I was brewing my own beer in my apartment house in Georgetown. It was a mix and it wasn't bad. A few bottles would blow up in the closet but so what. I now talk about my last two bad beers. It was the summer of 1992 and I drank two Coors beers in Nebraska. They quenched my thirst but that was the end of that. I was all microbrews all the time.

On the honeymoon, Eileen and I went from great beer place to another collecting glasses. But that meant we had to drink the beers and I grow weary from all that drinking. We do have the glasses as souvenirs in hand even today.

HMan set me up for a beer tasting on the last DC visit. I did quite well, thank you. But there are some problems with being a total beer snob. You can't drink on a moment's notice. So you have to be prepared to say no if the selection isn't up to standards.

The good news is I don't have to drink. In the good old days, I was a three beer man. And then a two-beer man. Now, I'm a one-beer man. And it better be a good one.

My friends Dan and Dave and I go looking for these wonderful establishments that sell fantastic ales. We have some great adventures in the great world of American craft breweries.
Posted by Let's Find H-Man A Wife at 3:48 PM