Instead of a warm bed, I chose to die 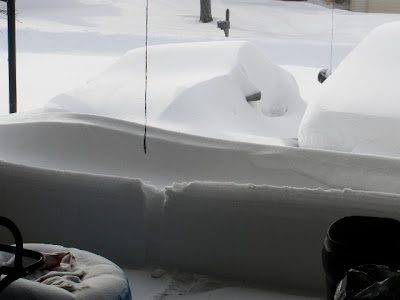 All this snow reminds me of the time I made a poor choice. It was back in the Orioles days. We had taken a trip to Pennsylvania for an Orioles caravan. I was just there as a sales rep but it might have been the time the late Cal Ripken Sr. drove us around. It was winter and it began to snow. Once we got back to the Maryland suburbs, the weather had turned for the worse.
So fellow sales rep, Mike, volunteered to have to me stay at his house rather than drive that night back to DC. Personally, I didn't like the guy. So, I politely turned down his kind offer. I reached the Baltimore city limit and then the lightning began. I was in a major storm. Next up was a complete white-out. I could not see a thing. Think of a blind man driving. I slowed down to 5 miles per hour on a major highway and creeped forward thinking I could hit or be hit at any moment. After a minute or so I could see again.
By all rights, I should have died that night. All because I didn't want to sleep over someone's house who I didn't respect. Well, at least I held on to my principles.
Posted by Let's Find H-Man A Wife at 2:37 PM