70 cents a ticket for pro baseball 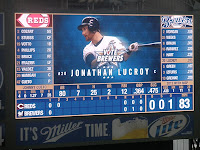 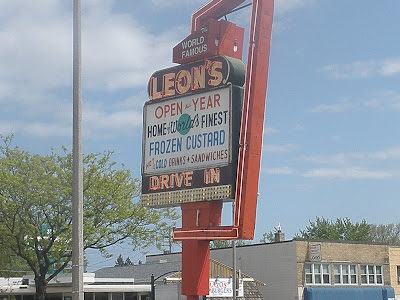 Was that a misprint? How in the heck was Stub Hub listing baseball tickets at the Milwaukee Brewers game for 70 cents a ticket? Of course there was a catch. There were plenty of service charges. So for four nice tickets on the third base side cost me 13 bucks. So even with that, it's less than 4 bucks a pop.

Now I recall back in Baltimore, you could get an upper reserved ticket or maybe a bleacher seat for 85 cents. But I'm guessing that was back in the late 1970s.


So Mr. Coffman came from near Wrigley Field and we met Captain Bob and his son Will and drove up for an afternoon game. It was a few quick beers in the parking lot and then we walked into the stadium.

I was a little concerned that they weren't going to take our nearly free tickets but that didn't come up. Again the seats were nice and the roof was closed so we didn't freeze inside. We took in a pitcher's dual. We even saw a Cincinnati relief pitcher throw the ball 101 miles per hour. Naturally that ball wasn't hit.

We got our money's worth in the first inning and left the game after eight innings with no score on the board. When we got the parking lot, the Reds finally scored.

And then we headed to Leon's for great frozen custard. That's a tradition. Of course.

Heck, I could get used to ticket prices like that.
Posted by Let's Find H-Man A Wife at 9:34 AM