I Don't Fit In 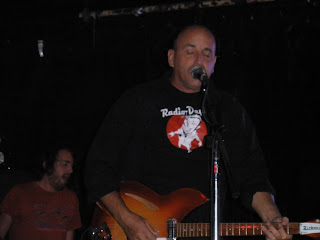 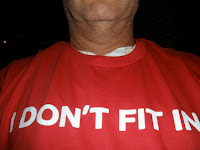 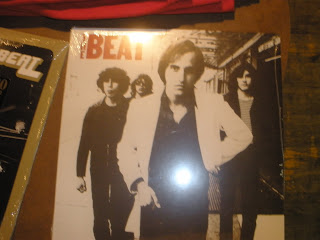 It was really my theme song when I worked for the Orioles. I worked 5 years for the Baltimore Orioles baseball team and did some good things. Also got drunk and muttered I wanted to be a writer. But in 1979, a new wave band called the Beat with Paul Collins released an amazing album. One of the great singles was called "I don't Fit In." It was true, the Orioles didn't know what to do with me as I didn't fit it.
So I drove last night to Fullerton and Western in Chicago to a bar called the Empty Bottle. It took forever to find a parking spot but around 10, I secured one. My name was on the list (10 bucks) to see Paul Collins. I thought I might be a little late but a warmup band was on stage. While the rest of small crowd drank Pabst Blue Ribbon (redneck beer) and Hamm's (crap), I nursed a Goose Island IPA. Next up was a great Metropolitan Lager. And then the second band came on around 10:30. They had a few good songs. I did wonder near the pool table and spotted folks selling Beat stuff. I jumped on the "I don't Fit In." tee shirt. Collins, now missing his hair, came on at 11:30. It was excellent. Of course, he sang about six songs from the super album. He said his new band didn't know, "A Different Kind of Girl," so he did that by himself. That album should have had 3 number one singles. It was incredible. I made it home at 1:10 a.m.
Posted by Let's Find H-Man A Wife at 7:28 AM