Darn right it was COLD 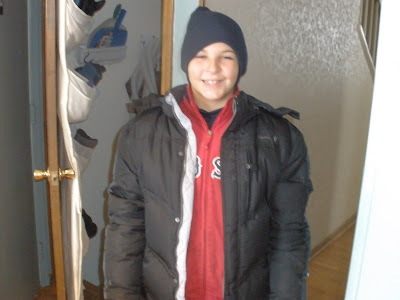 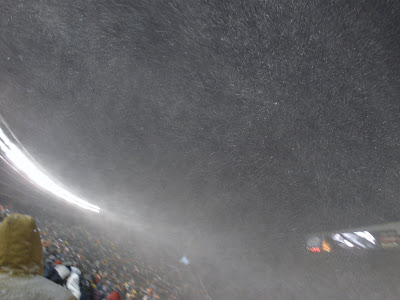 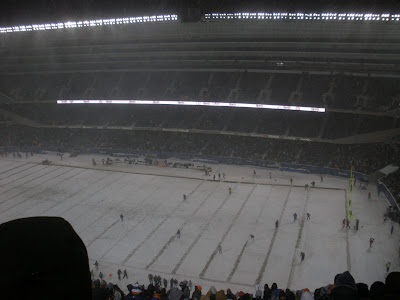 Curse the forecast. It started raining on Saturday and it was a mess. It threatened to turn to snow at night and turn very cold. No matter, Riley and I had tickets to the Bears game and we were going, heck or high water. Luckily the Bears had switched the time of the game to 3:15 allowing us ample time to get to Chicago. No problem driving to Libertyville to the Metra Line. Plus it was just 7 bucks for both of us to travel in style. We also had no trouble waving down the bus to Soldier Field. But by this time, it was very, very cold. The stinking bus broke down. Riley and I, plus it seemed like hundreds of people, had to foot it over to the field from about a mile away. It was a nice outing. And then we ran into a very long line getting into the place. We actually sat down with 50 seconds to play in the opening quarter. No matter, Riley is a Patriots fan so he was thrilled with the big New England win. But by the time the second half rolled around it was incredibly cold. The wind went right through us. With the Bears losing big, we were also treated to a big collection of curse words from the angry fans. We finally gave up with four minutes to play in the fourth quarter. By this time most of the Bears faithful had surrendered. This time, the bus survived the trip to Union Station. Riley and I were still cold the next day but we had lived to tell the story. And the story is no more Bears games for us in December.
Posted by Let's Find H-Man A Wife at 8:03 AM