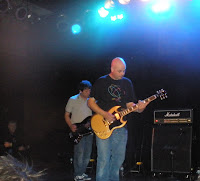 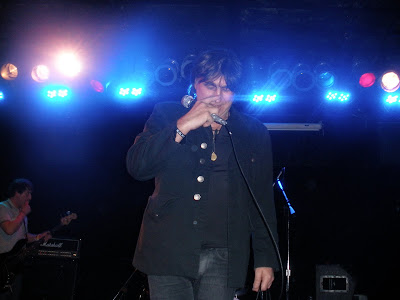 There was that great radio station in DC known as WHFS. It exploded with the New Wave songs of the early 80s and introduced me and many others to the rising number of fun bands. It also inspired me to go to many concerts in the DC area. And of course I was making tons of tapes of the station so I could listen to these songs while driving around town.
But I never wrote down who the performers were. Flash forward to my move to Chicago. I sent some of my tapes to a guy in California and he identified some of the performers.
The Chemeleons UK? Who in the heck was that? So on Sunday night, I drove down to Chicago to see the Chemeleons at the Bottom Lounge. I brought the GPS just in case but I still listen to tunes while driving. When I got close, my directions failed so the GPS got me to this place. It was a good bar with a fine beer list and plenty of TV's to follow Sunday night football. Of course, the concert was supposed to start at 9 and the Chemeleons officially took the stage shortly after 11. It was great. Here I'm thinking I'm the only one who ever heard of this band and there were plenty of young folks singing to every song.
I officially pulled into the driveway at 1:37 a.m. It was worth it. Plus, I'm still able to hear after that most loud event. Am I getting too old for this kind of an adventure? Let's hope not
Posted by Let's Find H-Man A Wife at 7:31 AM