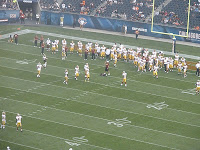 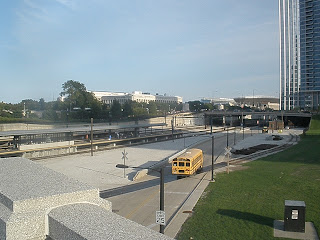 It was getting really late. I was worried about the boys getting home at 2 a.m. And then out of the blue this non-looking cab stopped. I told him my tale. We needed to get there in about 5 minutes. He was up for the challenge. It wasn't like he was speeding. We got to the station. We ran downstairs. Using non-verbal communication, we headed for the Fox Lake train. It was just ready to leave. We got on board with seconds to spare. And then Brady looked on his phone to see my Redskins had actually taken the lead. Eileen mentioned later that she knows how to hail a cab in Chicago. Well, now you tell us.
Posted by Let's Find H-Man A Wife at 7:56 PM