Hot time at the basketball game? 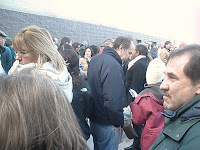 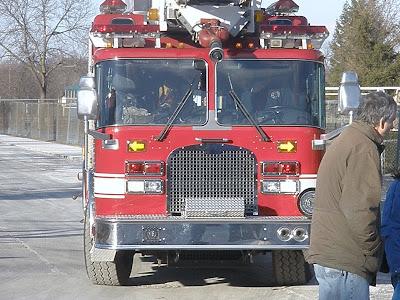 Let's see now, I've reported on basketball games for about 23 years. Times that by about 20 games a year and that's approaching 500 hoops games. It's a pretty simple task. Just watch the game, about 1.5 hours, talk to some folks and go home. Not on Saturday though. Just minding my own business when an alarm went off at Stevenson High School. An announcement went up to vacate the building. Well, I didn't smell any smoke so took my time getting outside. We all moved like cattle away from the building. Heck, it was cold outside but it wasn't a blizzard so no serious complaints.
It was a broken water pipe. The girls basketball players came back in and warmed up again. And then it was halftime so there went more time. In the second half, the alarm went off again. This time, we weren't chased so far away. I can say one thing for sure. I never got so much exercise watching a basketball game.
Posted by Let's Find H-Man A Wife at 9:31 AM